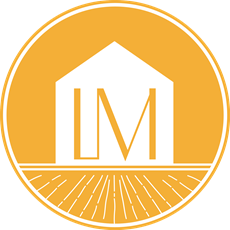 Unity is one of those words that sounds nice, like something we would all like to see. However, in this day and age, our country, culture, communities, and families all seem to clearly struggle with how to realize it.

In this article I would like to invite you to consider making it something you fight for – especially in your family! It is worth it, unfortunately we just don’t have many people willing to engage in that battle. I sincerely hope you will be one that does. Join me on a journey of considering what unity is and how to fight for it.

Let’s start by defining what we mean by unity. First of all unity is not uniformity. As similar as the words sound, they could not be more different. Uniformity is about people being, believing and behaving the same. We naturally move in this direction. Who doesn’t like people that look like them, act like them and behave like them? That is easy, that is our natural drift. When we fight for uniformity we are trying to convince people to BE like us. Unity on the other hand is about people agreeing on a greater good and despite their differences, choosing to work together to accomplish it because it’s worth it.

I was talking to a retired professional football player the other day about this. He was an offensive lineman and he shared with me that there was a good stretch of his career that really taught him something on this concept of unity. You see he really struggled with the guy who lined up right next to him on the offensive line. They were very different and honestly didn’t like each other. They had different personalities, liked different things, in regular day to day life they rubbed each other the wrong way … But when game day came, they were united and achieved a great level of success. They figured out how to set aside their differences, focus on something greater than themselves and work together really well for the sake of the cause. They each made sacrifices and gave their best even though they were so different and didn’t even like each other, because to them, pursuing unity for their cause was worth it.

When my wife (Terrilee) and I were raising our three children, we saw some similar dynamics take place over the years. There are seasons when your kids struggle with each other and with you.  As I am sure you have already experienced, there are times when they don’t like each other and they don't like you. They all have different personalities, like different things and will rub each other the wrong way and don’t get along. But despite these differences, we would still like to have a family that experiences unity.   So let’s talk about some principles that allow unity to become a reality.

As a Division 1 college athlete, coach, pastor, Executive Director, dad, and someone who has always been intrigued, inspired and motivated by “team dynamics”, I’ve wondered at how some leaders have great success getting a group of people with massive egos, various personalities, and on many global soccer teams, different languages and cultures, to be united, accomplish and overcome challenges, while others struggle.  I would love to share a few observations that have helped me and I hope will help you in that pursuit.

First of all, it is important to point out that there is a big difference between a momentary experience of unity and establishing a culture of unity. The focus of this article is the latter and if that is what you would like to see it’s critical to understand that there is a cycle to that pursuit. 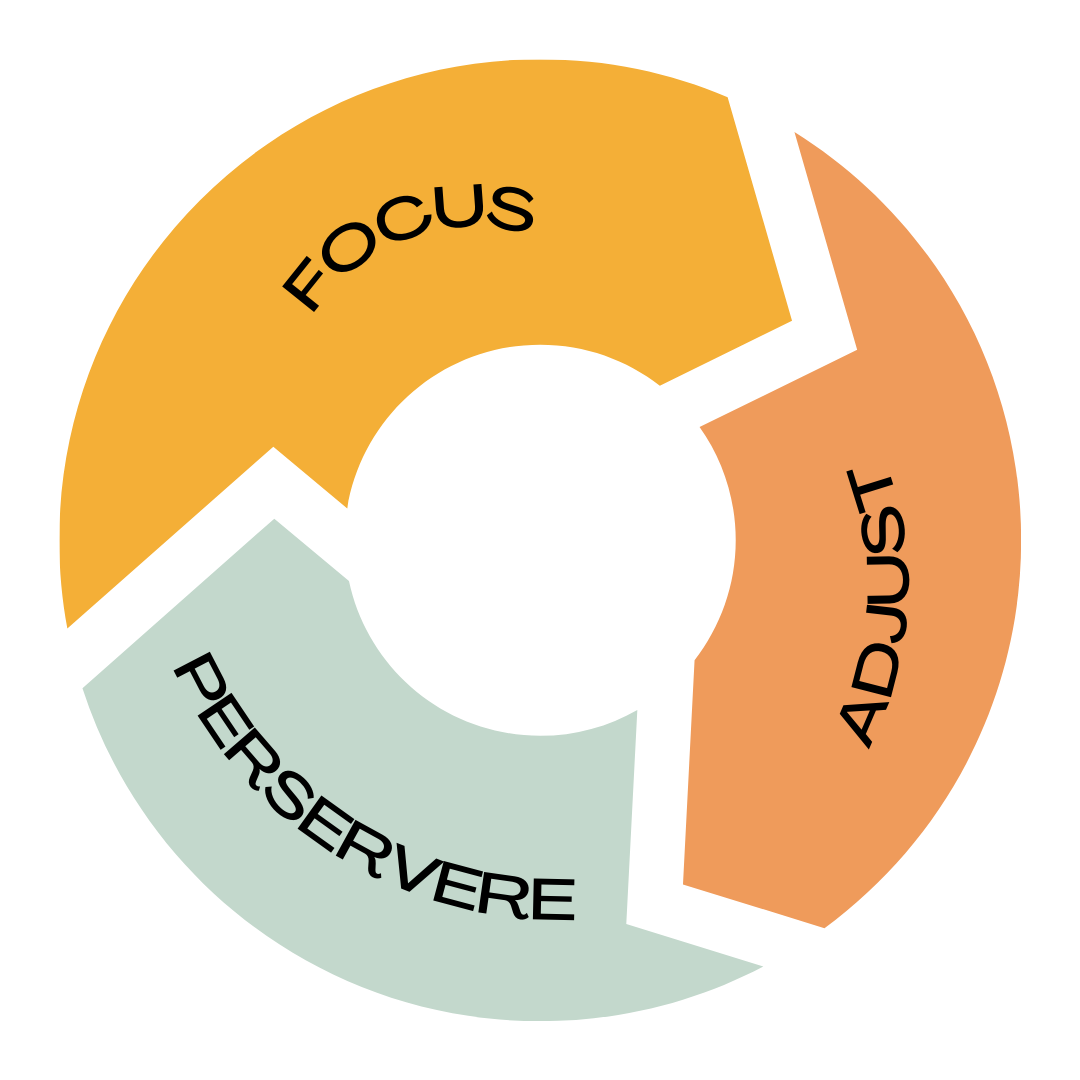 Focus – No team, family, business, community, you name it, will have any degree of unity if there is not a focus that captures the imagination, heart and mind of the participants enough that they are willing to fight for it. This is the practical aspect of what you are all striving to do together.  What does a win look like? What are you building? Doing? Creating together?  How do you describe it, dream about it, or envision it? That is your focus.

When our children were in their early elementary years, we worked together to craft a family mission statement.  Once we all agreed, we laminated it and put it on our fridge. Thirty years later we still have that thing.  It gave us some focus over the years and helped us stay united. But because it is a part of the cycle we had to continually come back to it.

Adjust – This is the relational aspect of pursuing unity. There are times when forgiveness is needed, when conversations to achieve greater understanding and clarity are needed, when strategies need to be adjusted based on the age of your children, or changes that take place along the way. Things don’t stay static. Effective leaders of unity movements learn how to make needed adjustments along the way and to facilitate crucial conversations.  Coaches, parents, business leaders that don’t pick up on when they are in the adjustment phase and don’t learn skills in how to navigate them, do not achieve unity.

In our family it was about intentional conversations at times over meals; it was one-on-one time with each other to really talk. It was creating relational time on vacations and facilitating sharing about important topics so we had a better understanding of one another and could even pray for one another well.

Persevere – The most difficult part of the unity cycle is when the adjustments are taking longer than you want. There is change taking place within the family, team or organization, or maybe an issue or conflict is in the process of being worked through. In these seasons, discouragement, a lack of hope or faith that things will ever get to where they need to be can set in. This is clearly the spiritual aspect of pursuing unity. In this part of the cycle, it’s critical to be able to help all those involved engage and tap into a source of hope, encouragement and inspiration to see them through. Engaging a power greater than ourselves, a relationship with God, knowing His love for us and learning how to connect with it when things are hard and take longer than we would like is the ultimate key here. Pep talks, inspiring words and pointing people towards selfish motivations can help them persevere for a while, but empowering them to tap into a relationship with God is the real key here.

Being real and authentic in our conversations about God as our children were growing up was important in our experience. Talking about difficult things in a relational context with each other and with God helped our family persevere through tough seasons. Honest prayers, admitting we don’t know it all, reminding ourselves of God’s love for us and asking Him for the strength and help to make it through was certainly the key for us as parents to model and try to teach our kids. It is also what gave us the ability to go back to the beginning of the cycle and FOCUS again.

This cycle is constant and knowing where you currently are in it is important so you can execute well. Working on focus and honing people in on the practical end you are shooting for is different than adjusting and giving more attention to the relational piece of the cycle. When you realize spirits are low and people are giving up hope in this process of developing unity, it requires yet another way of connecting with people in order to deepen their faith and give them hope. All three are critical to building a strong sense of unity and all three require thoughtfulness, sensitivity, intention and skill over time.

No marriage, family or team experiences unity all the time. There are seasons in the cycle you feel it and it exists more than others but having a mentality that fights for it is important if you intend for unity to be a part of your legacy. Most families don’t have a focus on anything really worth fighting for together. Others give up on making relational adjustments along the way or just don’t have the spiritual fortitude to persevere in the process so, unfortunately, they don’t really get to experience much unity.

As you hopefully move on from reading this to fight for unity in your family, there is one last thing I would like to encourage you to keep in mind. On a podcast I do with a pastor friend called, “We’re Better Together” we interview someone each month who is fighting for unity or has a proven track record in creating it at some level. It has been great to learn from these leaders and see some common threads. From leaders of nonprofits, to pastors, NFL players, community organizers, business leaders, marriage counselors and family champions, the one attribute they have all affirmed as pivotal to achieving unity is humility. So, as you go to fight for unity in your family, remember this is the most important thing to keep in mind.

A humble leader listens, asks for forgiveness, serves those on the team and considers where others are coming from. It does not mean they are weak and don’t have focus or the ability to inspire. It does mean, however, that they are not rude, pushy, insensitive and forceful. People still have to choose to be a part of something, but a humble leader is going to have much more success along the way of engaging people in the process and cycle. When your pride and selfishness rises up, take a step back and listen before you take your next step.  This one thing will help you facilitate an environment that will produce more unity. May God give you the focus, wisdom and determination needed to win the fight for unity in your family.